Last night I read an article by the MRA-related UK group HEqual.

It was regarding the response of three UK feminist politicians to the suicides of Caroline Flack and of Carl Sargeant. It disgusted me. I suggest you take a look now … you can read it here

That HEqual paper reminded me of some earlier similar events, and initially the case of Ms Layla Moran (Lib Dem MP for Oxford West & Abingdon and Spokesperson for Education, UK)

The next case that came to mind was that of Sarah Champion (more on that case below).

One of the defining features of the present-day feminist is their lack of compassion for the welfare of men/boys. This was again driven home to me this morning when I read an article ‘Suicide isn’t just an older man’s problem‘ (sub-titled ‘Suicide is increasing among young people, especially women‘).

The topic of men is dispensed with in a single paragraph (para 8):

“Historically, suicide in Australia has been largely seen as a male problem, with men, particularly middle-aged men, frequently identified as a high risk in our national strategies. Projects have focused on workplaces such as the construction industry, and men’s information resource centres. In men over the age of 25, rates are higher than those among younger women; however, with the exception of men aged between 55 and 64, these rates appear to be relatively stable.”

The bulk of the article is about women and young women, and how serious the problem of suicide is for them.

In this article today the authors only acknowledge the issue obliquely, by way of saying that ‘yes it’s a thing, but it’s not just about men’ … before proceeding to make it all about women. Seriously?

And so we have a serious social problem that disproportionately affects men, but which is largely ignored in feminist literature. On the odd occasion the male suicide issue is mentioned, the problem is essentially blamed on men, for e.g. masculinity, and the pressure imposed by gender roles.

A common theme is that the key to better means mental health is men opening up and talking to people. Oftentimes this is expressed in a simplistic and sometimes condescending way, viz. if only men would act more like women … problem solved.

Yes many, but not all, men might benefit from verbalising their concerns, but much more than that is needed. Systemic and cultural changes that acknowledge the value of men, and initiatives to address the myriad issues raised elsewhere in this blog. Measures that would act as a counterweight to the prevailing gynocentric bias. That’s the scale of action required to make substantial progress towards a remedy.

Oh, and take a look at this article in The Guardian … “Figures show more than one in 10 prison suicides are by women”. The other nine? Nothing to worry about.

Why would you stand up for men and boys? Milgram’s message of hope to male psychology (2 December 2021)

If More Men Are Seeking Help for Mental Health, Why Are So Many Dropping Out of Therapy? — The Latch (15 June 2021)

If we’re serious about reducing male suicide, we need to stop blaming men for their own despair (10 September 2020) UK

Where is the honesty in the discussion around male suicide? (10 September 2020)

The difference between male and female suicide resulting from an accusation being made (17 February 2020) Re: Caroline Flack’s death

Middle-aged men make up the largest age-specific increase in suicides, but we can learn from history (13 February 2020) Australia

New suicide plan based on lived experience (29 January 2020) Australia. But more than half of this $64 million is to be spent on at-risk women … see comment from Australian Men’s Health Forum.

White-washing the truth about why men kill themselves, by Bettina Arndt (10 July 2019) Recommended reading

What makes a man suicide? Rambling on traditional expectations and suicide (9 March 2019)

Intimate partner problems and suicide: are we missing the violence? (January 2019)

University accused of hiding suicide data is UWE Bristol – the same Uni that last month blocked a men’s officer who wanted to campaign on male suicide. Draw your own conclusions (28 November 2018)

QLD Election FactCheck: are ‘up to 21 fathers’ dying by suicide every week? (15 November 2017) “Suicide is a complex phenomenon that has multiple causes and should never be attributed to one factor alone” and so is Domestic Violence, and yet feminists are content to blame that on gender inequality alone.

Note the readers comments incl. this one:

“It does not surprise me that suicide among men is increasing. Forty a week is a national disgrace and the Family Court of Australia is a big part of this problem.My divorce took all my capital and reduced my ability to pay maintenance. It took my super, used to pay off the mortgage, after saying I could keep my super if my wife could keep hers. I put her through university, typed all her assignments and even writing some so that she could become a lawyer and use the system to screw me. When my wife failed to allow access to my daughter for weekends and holidays, I was told by the Family Court of Australia that it did not enforce court orders, “and especially not for men”.

I have not even spoken on the telephone with my daughter for more than fifteen years because her mother hangs up when I ring. I have a court order specifying alternate weekends and weekly phone calls. My daughter is now in her twenties and until two months ago I was still paying maintenance. I was down south a few weeks ago and was roundly abused as an MCP by one virago because I stepped back and allowed her to enter the lift first. In a modern society where few people seem to have any knowledge of good manners, life is sometimes confusing and disadvantaged.”

“Griffith University-based clinical psychologist Jacinta Hawgood said the macho culture of mining and construction was playing a key role in the stark statistics. “While women will talk to each other about difficulties, men often will not ask each other ‘are you OK?,’’ she said.”

Male suicide has nothing to do with politics. Apparently, by Corrine Barraclough (6 July 2017)

Corrine Barraclough: Piecing together the pain of loss for men after abortion (3 June 2017)

Australian men aged over 85 have the highest rate of suicide, ABS data shows (30 May 2017)

The Truth About Custody Disputes, Suicide And Compassion, by Corrine Barraclough (22 May 2017)

The rise of the ‘sad dad’ is not a divorce trend, but a gendered one (21 May 2017) Feminists say men should be more like women and express their emotions, but when they do they are mocked and accused of playing to the audience.

“I do not think the high rates of suicide and depression in men can solely be attributed to unjust laws that put men into situations where they see no reason to go on living, or the general misandry spread in the media. These are but the tangible results of modern women’s callous attitudes towards men.”

We must not allow suicide to become normalised (16 February 2017) See readers comments, particularly in relation to author’s decision to focus on young women.

Time to Talk Day: the mental health statistics you need to know (2 February 2017)

In Men, Depression is Different: Symptoms—and help—are unlike what women experience (19 September 2016)

The rules men live by are killing them: Here’s how we can help, by Shae Elise Allen (19 September 2016)

Seven ways to understand male suicide in Australia (26 May 2016)

Facts and stats about suicide in Australia (March 2016)

What do we do now that suicide rates among young women are on the rise? (14 March 2016) It must have burned Jenna Price (‘Destroy the Joint’) to mention the word men (once) in a role other than as perpetrator of evil. Jenna thinks there needs to be more kindness shown, but presumably not the variety of kindness that radfem’s of her ilk shower on CIS-Het white men who constitute the bulk of suicides.

Gender, gender everywhere…but not in this study (3 November 2015) Reddit post pointing out yet another example of a MRM article where gender is not specified as men are the most detrimentally affected

A record 564 people committed suicide in New Zealand in the past year (6 October 2015) Male suicides trending up, women down

TIL in the UK the most common cause of death for men under 50 is suicide, and related reddit mensrights discussion thread

True gender equality is when both women and men have a voice, by Deepika Bharadwaj at TEDxGatewayWomen (9 September 2015) Video presentation

Fatal silence: Why do so many fortysomething men kill themselves? (13 April 2015)

Robin Williams one of many: More middle-aged men committing suicide, and experts don’t know why (15 August 2014)

If as many women killed themselves as men, we’d never hear the end of it (30 January 2015) Article and related Reddit mensrights discussion thread

“Murder-suicide is most often perpetrated by men – but this is hardly surprising. Men are generally the perpetrators of murder, and men make up the majority of suicides in Australia, too.” Only a feminist would hold up the fact that many men kill themselves as proof that men are inherently violent. 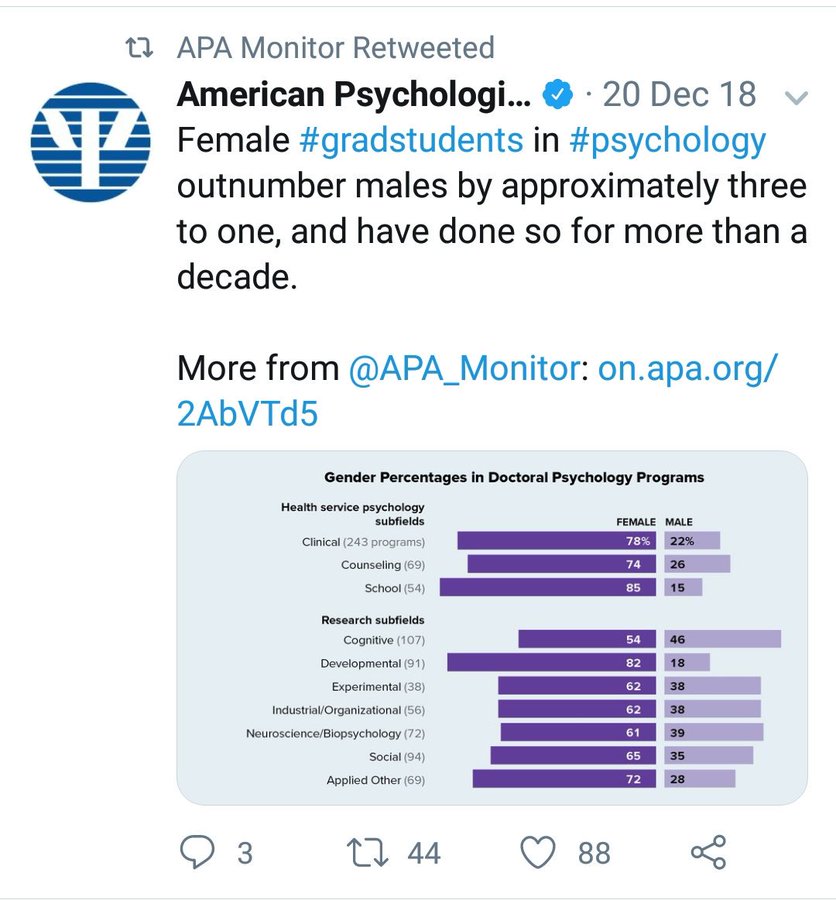 On men’s health: The statistics and the underlying factors

Is it my imagination or does media coverage of mens health initiatives usually focus on male shaming?

If the central tenet of feminism is equality then what mens/boys causes have feminists championed recently?

I thought women were meant to be more empathetic?