I would hardly be the first guy to have noticed that when I am out and about with my wife (and before that, my partner at the time) I attracted a level of obvious interest that rarely materialized when I went solo. In fact this phenomenon is so common as to generally be unworthy of comment. But I have never heard tell of the opposite situation, that is, women being hit on more often whilst they socialized in the company of a male partner.

Yes, ok, in some such situations it’s a matter of a woman flirting with a man because they feel comfortable approaching someone with a partner (and with no intention of taking things any further). In many other cases though it is a matter of the ‘thrill’ of trying to lure someone away from another woman, making for a situation that can be quite awkward for both the hapless target and his partner.

Now don’t get me wrong, I’m not holding myself up as a beacon of propriety. What grates me about this behavior is that it occurs within a social context wherein feminists gloat about men being deficient in ways too numerous to mention (including having the morals of alley cats), whilst steadfastly ignoring any and all transgressions by women. Thus it’s not so much the moral laxity that urks me, it’s more the associated hypocrisy and denial that really ratchets up the ‘ewww!’ factor.

I came across an article that addresses this issue:

“The old proprieties surrounding marriage have been swept away by the aggressive ‘must-have’ attitude of an awful lot of modern women. The consensus, according to my friends, was that female emancipation – and the social, economic and sexual freedoms that have gone with it – have led to a liberal world in which nothing is sacred any more. Women are out for what they can get – and if that means another woman’s husband, then so be it. At a time when one in three marriages fails, the thinking seems to be that to ruin one or two more unions in your own pursuit of happiness won’t make much difference …

So, as the sanctity of the traditional nuclear family disintegrates before us, the worrying side-effect appears to be that many women today have few qualms about breaking up a marriage themselves …

What an irony that after decades fighting for parity with men, we women seem intent on turning our guns on ourselves.”

You can read more about this topic at:

I get hit on more by married men, by Jana hocking (19 May 2022) My, well isn’t this a different perspective

Wellington woman shares how to have an affair cheating guide (news.com.au) (12 May 2021)

The four words all women have used to get rid of unwanted advances (24 March 2021) But note reader MarkS’s apt comment: “Yeah, at least when you use “I have a boyfriend” blokes walk away. Far more often, creepy women reply to “I have a girlfriend” with “That’s ok, she doesn’t have to know. tee hee”. Somehow this is deemed acceptable behaviour, because women get a free pass on being creepy, and can claim victim status.”

What’s a girl to do with Jana: ‘Just because I’m single doesn’t mean I’m after your husband (29 November 2019). Single women unfairly targeted? Oh please, give me a break

This article by a feminist author tells women how they should deal with approaches from men in nightclubs (“harassment” by “creeps” in her words). Then see the readers comments for the male perspective, plus further related discussion can be found here 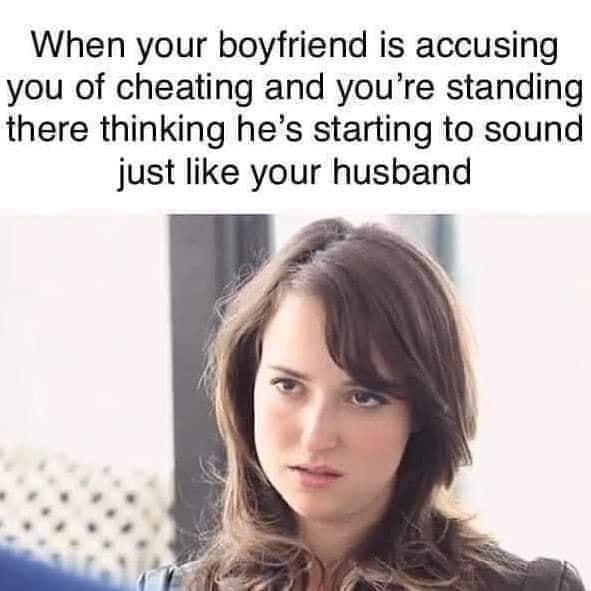