Diversity is another one of those buzzwords du jour – and apparently the cure for all that ails. Except there are a few problems.

Firstly, diversity is often not – in practice – extended to embrace many within the community. I’m thinking here, for example, of white men, non-feminists, and those with a conservative or right-of-centre political persuasion.

In this blog post for example I examined the example of a debate organised by the Diversity Council of Australia. In that example, diversity meant assembling two debating panels that represented or supported a range of feminist perspectives.

A couple of other examples are provided in these other blog posts:

Martin Daubney in the UK has drawn attention to this July 2013 article about part-time workers in Britain, which includes the following extract:

“For years, the term “part-time” has been synonymous with junior responsibility and low pay. And yet the pool of people who want to work in this way is incredibly diverse.”

Martin points out that only 12% of those featured on the ‘Power Part-time Top 50’ list mentioned in the article are male. Not so diverse in that regard, huh?

Elsewhere Martin provides the example of the organisation ‘CMI Women’, within whose web site we see an exhortation for gender diversity which starkly contrast with their own board membership (100% female).

Secondly, those who lobby for diversity tend to want to have it imposed by way of gender or racial quotas, selective recruitment, and the like. They do so despite the fact that such measures need not result in measurable improvements to organisational performance or community harmony, and may even be counter-productive in this regard. Indeed they are not averse to exaggerating or otherwise misrepresenting the benefits of diversity.

This aspect is discussed in these blog posts and others:

Thirdly, those who lobby for diversity fail to acknowledge, let alone analyse and debate, the negative outcomes that arise when achieving becomes the major determining factor when adopting government policy. Indeed, if we look at what is happening in some European countries now, such as greatly increased criminal activity, there is evidence of efforts being made to suppress such information.

(Postscript: It’s now 11 January 2023 and the Diversity Council has blocked me from their Twitter feed. I must be too diverse for their tastes. Or something)

Opinion: Screen Australia’s sexist policies proof it is biased against men, by Mike O’Connor (12 May 2017) 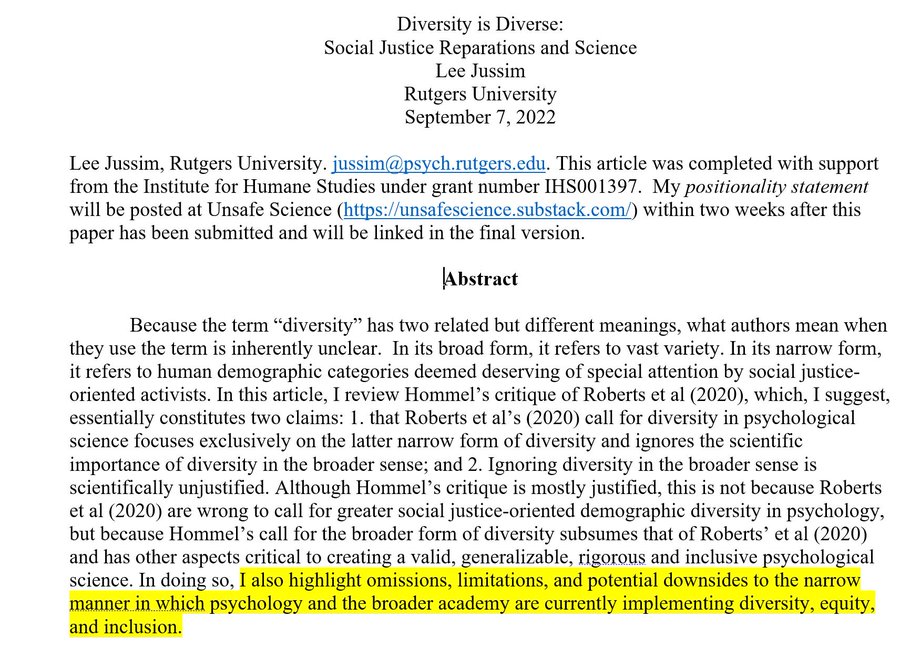