Why slave away crafting a serious academic research paper when you can knock out an under-graduate quality effort that will still be published provided it pushes the appropriate PC buttons? One gets to bang the feminist drum to one’s heart’s content, virtue-signal across the chattering class, and pad out one’s resume all at the same time.

Anyway, accuracy, objectivity and academic rigor are so last century!

‘Young women can budget in the short term but struggle with long-term investments: survey’ (14 February 2017)

This unexceptional article merits its own post only by virtue of the way it exemplifies several of my concerns regarding pro-feminist research:

My comments are inserted within the body of the article, and shown in blue font.

The main premise of the article is that women are significantly disadvantaged in terms of achieving financial security, and warrant special assistance in this regard. This disadvantage is said to stem mainly from a lack of awareness of investment options and strategies. In supporting this position the paper grasps at various feminist chestnuts such as the gender wage gap, the superannuation gap, and gender bias within schools and specific employment sectors.

“Our investigation into the financial literacy of young women finds they are confident in implementing budgeting and savings strategies, but lack the knowledge and confidence required to implement long-term financial strategies.”

The first thought that sprang to mind was ‘Why focus solely on young women?’, especially if the intention is to assert gender-based disadvantage. What exactly was the goal of this research project? Better understanding a problem that affects many PEOPLE with a view to identifying strategies to help those in need? Or simply opportunistically seizing on the issue of savings and investment in order to add to the chorus of ‘women have it tougher’?

The justification for excluding men from the study is hardly compelling:

What of the fact that many men fall below the male average, and quite likely also the female average? There would certainly be no shortage of men who “lack the knowledge and confidence required to implement long-term financial strategies“. Consider too that some women would exceed male average savings, and that this segment is sure to increase in coming years.

Bear in mind too that men’s savings are not necessarily their own, and will more often be used to support dependents. For example, many women are financially supported in later life by current or previous male partners, whilst relatively few men are supported in such a manner. And indeed, far more men than women will have some or all of their savings confiscated via court-ordered settlements following separation or divorce.

“This is surprising given that financial literacy usually refers to not only an understanding of how money actually works and how to make and manage money for day-to-day affairs but also how to use this in preparation for the future.

While our results are preliminary, based on social media users and require more detailed research, our results begin to draw links between social, institutional and personal attitudes towards financial knowledge.

A survey we distributed across social media found that 91% of 175 respondents had confidence in their ability to implement savings strategies (varying from simple to complex), and 89% were confident in their ability to budget. Strategies included everything from planning for a holiday to managing credit cards. Participants also considered budgeting and saving to be the most important aspects of their finances.”

It appears that all the survey respondents were female – a major oversight – and were likely self-selected from within the ranks of the researchers’ friends/associates. What likely degree of survey bias did this entail? In other words, to what extent are the results meaningful even in a purely statistical sense?

However, our survey participants expressed a distinct lack of appreciation for longer-term financial goals. While 72% of respondents felt that savings were extremely relevant to them, only 38% said the same about superannuation, and they showed even less interest in other long-term investment (23%).

Knowledge and confidence in implementing long-term investment strategies were even more concerning. Only 17% of respondents said they had a “medium” knowledge of superannuation and only 1% (or two of 175 respondents) felt that they had an in-depth understanding. In contrast, 55% indicated having little or no knowledge whatsoever.

The numbers look even bleaker for responses about investments. A low 12% of survey participants had medium levels of knowledge in this area, while again only 1% felt their knowledge was in-depth.

When asked about why they lacked financial knowledge, the barrier most commonly acknowledged by participants was lack of financial information taught at school (91%). Also 55% of participants reported feeling discouraged from learning about finance because they were women. This is consistent with reports of female students being discouraged from studying subjects such as science, technology, engineering and mathematics (STEM).”

Oh please! That’s a reach isn’t it? Did male students receive additional education regarding financial information at school? With no corresponding results for young men, the value of the stats provided above – in terms of supporting a gendered agenda – are dubious.

And as for the validity of measuring how people “feel” about things, I would refer you to this paper.

Why financial literacy matters for women

Women working full-time currently earn 84% of a man’s pay – at a 20 year average. The impact is this: women will earn around [A$650,000 less than men across their lifetimes].

While the pay gap is considerable, the “super gap” is even greater. On average women will accumulate 46.6% less in superannuation than men, and one in three women retire with no super at all. Superannuation is the second largest asset for most Australian households, (second only to housing) and contributes significantly to economic security and savings at retirement.

The pay gap is based on the average for all men and all women, and when analysed it becomes clear that there a significant variations in the extent of the gap (even with respect to which gender is favoured).

Insufficient superannuation and savings at retirement have also been linked to high rates of homelessness experience by older women – a point that has been emphasised by Homelessness Australia. While there are many factors that contribute to homelessness, from drug and alcohol abuse, lack of affordable housing and domestic violence, a 2013 study by Adam Steen and David MacKenzie suggests that the little research done is this area indicates poor financial literacy is also a contributing factor.

Difference in superannuation savings between women and men are driven by interrelated factors including: the gender pay gap, more frequent participation of women in lower paid industries and jobs, disproportionate participation of women in part-time and casual positions. Also influencing this trend are the fragmented work patterns as a result of time taken off for unpaid care and pregnancy related workplace discrimination. Women also typically retire earlier and live longer than men – up to 4.4 years longer for a female born today.

These are mainly issues of personal choice. Choose different options, for example taking a job in a higher paid sectors, and the situation changes regardless of gender – as stated in the following paper (and countless others).

“A Department of Labor study released in 2009, which reviewed upwards of 50 peer-reviewed papers, concluded the wage gap, “may be almost entirely the result of individual choices being made by both male and female workers.”

“Women, more than men, show a demonstrated preference for lower risk occupations with greater workplace safety and comfort, and they are frequently willing to accept lower wages for the greater safety and reduced probability of work-related injury or death”” (Source)

In addition to these structural and social factors, our data suggests that women are ill-equipped to manage long-term financial investments.

That sounds almost sexist doesn’t it? … whilst readers can only speculate how much better-equipped men in the same cohort are, as the relevant information is omitted from the “data”.

And then there are the other factors that might have a bearing on women’s relative unwillingness or inability to commit to long-term financial plans. One of these is female hypergamy, and one of the authors responded to this suggestion in the following manner:

Do you, dear reader, consider the author’s response to be a) Objective b) Scholarly or c) Butthurt (Circle correct answer/s)

Some other possible factors are mentioned in the readers comments that follow the article, for example the relative confidence of men v women (as distinct from actual knowledge or skill). Willingness to take risk was also mentioned.

Reduced financial literacy amongst women in comparison to men was acknowledged by the Australian government in 2008 and again by the NSW Council of Social Services in 2016. Likewise it has been acknowledged in the United States and further afield. Our data suggests little has changed.

But the authors earlier asserted that homelessness was highly correlated with financial literacy, and yet there are far more homeless men than women. Would someone please explain?

I’m perfectly willing to accept that financial literacy is a significant factor, for both men and women, in achieving financial security later in life. And yes, this should be a major focus in terms of designing appropriate remedial action.

What I am not willing to accept however is:

The shameful secret behind this photo of a mum and her three kids (3 May 2022) and ‘Horrible’: Why we need to change this appalling reality (2 May 2022) Note that language

Calls for government to pay superannuation for women on parental leave | news.com.au (17 September 2021)

Aussie retirement gender gap much larger than US, UK (17 October 2017) 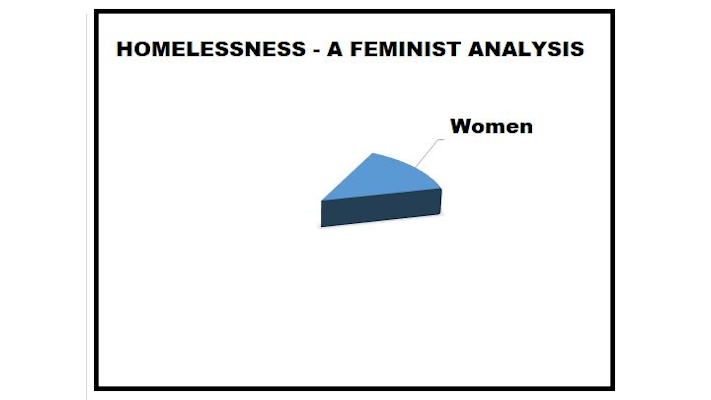 One thought on “Achieving personal financial security is important for everyone. Dodgy research helps no-one”