I saw a peculiar documentary on TV in which one of the people being interviewed was a guy who had a life-size plastic girlfriend. He referred to women as either “organics” or “synthetics”. He preferred synthetics. Well, OK, whatever floats your boat I guess. But this guy’s girlfriend has nothing on what’s just around the corner, as discussed in this article.

One would imagine though, that only a small percentage of men (or women) would be content with a robot as a partner. Fembots are thus unlikely to completely replace the need for human companionship. What they will do however, possibly in conjunction with virtual reality technology, is increasingly provide a fuss-free outlet for the human libido.

One particular strategy being pursuing is to create an association between fembots and pedophilia. They are doing so by, for example, creating the impression that a surge in the sale of child-like sex robots is underway:

[Allow me to digress for a moment … Artificial intelligence (AI) may or may not not pose a significant danger to humankind (example). It’s just that, within that broader context, the relative significance of some nexus between humanoids and how men treat women amounts to little more than navel lint-picking. Ditto for manufactured debates as to whether robots should be accorded rights or protections in relation to, for example, sexual functions. Indeed such debates and attendant policy responses, whether they be genuine or simply disguised attempts to control male sexuality, could be exploited by machines with AI to move against humans. Think this is science fiction? Well, we will see soon enough.]

Back now to the gender debate … Ever heard the observation that less attractive women tend to have the best personalities? The idea is that physically unattractive people tend to work harder at developing other appealing attributes. Many women overtly use their sexuality to attract mates and subsequently extract various advantages. Their sexuality is like a strong perfume that covers all manner of odious traits like bad manners, selfishness, and dishonesty.

Now imagine a world where men had an alternative and readily available outlet to satisfy their sexual needs. One that lacked some of the attributes of human company, but had none of the negative features (e.g. the threat of false accusations, financial abuse, paternity fraud, domestic violence, etc).

Virtual influencers rivalling human Instagram models (6 August 2022) So hookers and influencers will be two of the first female employment sectors to be impacted upon by fembots … who’ll be next?

MAFS’ Ella Ding reveals sex toy addiction on Sit With Us podcast (27 July 2022) Do men’s feelings get noted here? Anything about misandry? Nah, not even a blip on the radar screen 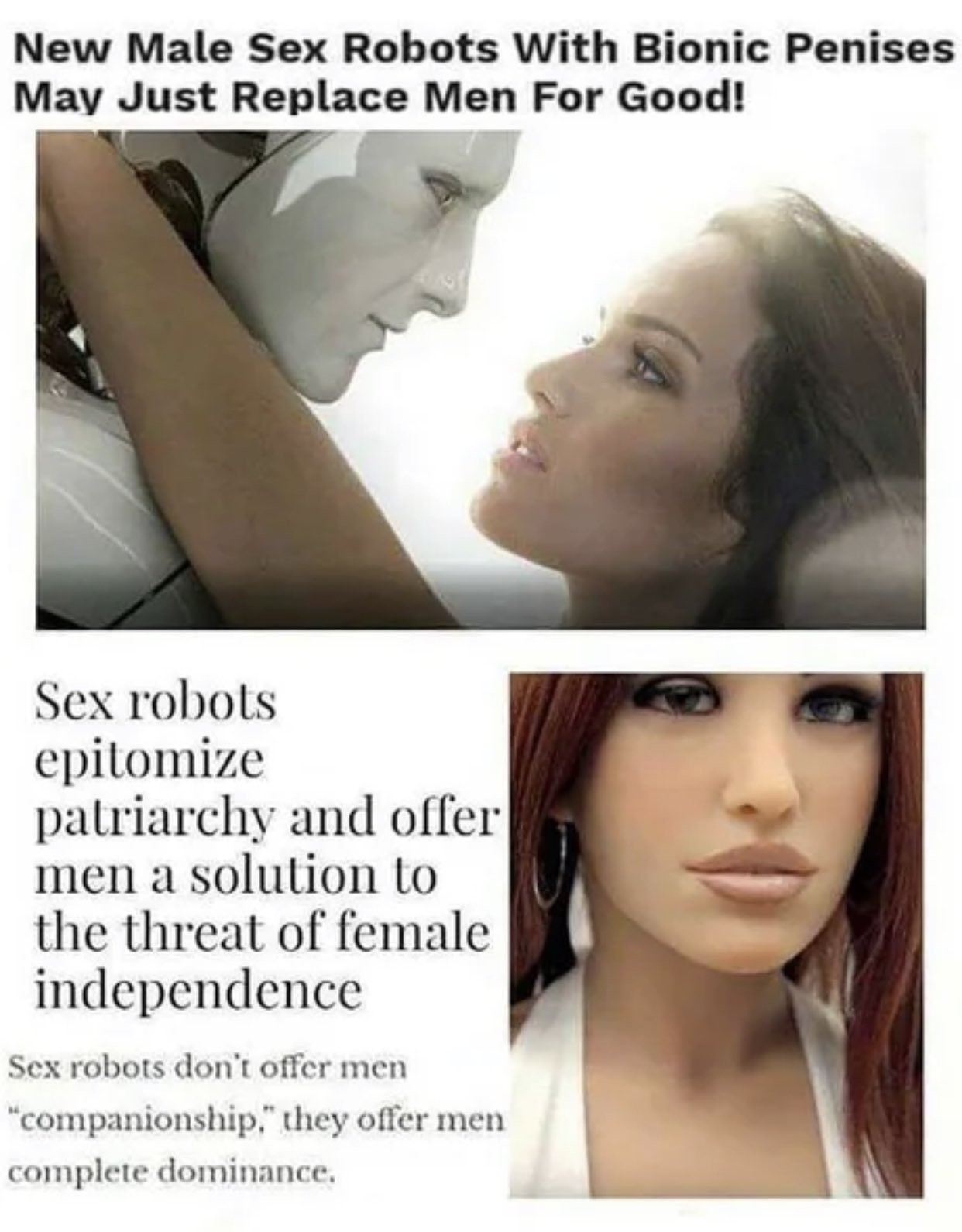