Those of you who have spent time in Asian countries might have noticed a lot of western women reading books in cafes and looking somewhat bored. In various web sites and discussion forums one may read their plaintive cries about feeling “invisible” (e.g. Japan/China) and having trouble finding guys who will give them the attention they feel they deserve.

It would appear that most western guys in Thailand, for example, have little time for western women. Instead they appear to prefer the company of more feminine, laidback (and yes, often more attractive) Thai ladies. And cynics note that I am referring to Thai ladies in general, and not simply bar-girls.

I even read a post the other day where a female expat stated that she was tired of western men in Thailand “disrespecting” western women in the way they pointedly ignore them. Tragic, just tragic.

In my blog post ‘I thought women were meant to be more empathetic‘ I talk about the issue of western women in Thailand flaunting local dress standards. Is this ‘look at me! look at me!’ behaviour in response to the ‘attention deficit mode’ that many western women appear to descend into within days of arrival in Asia? Or is it simply a reflection of a broader attitude of ‘my need to indulge myself trumps your right to have local social mores respected’?

Moving across to India, read about ‘The woman who says that it’s not only men who like to look‘ (24 August 2016)

Why don’t Western men in Asian countries lift their game and jump at the opportunity of approaching western women? Oh wait, they have already tried that back home and were rewarded with looks of disdain or contempt – or even accused of harassment. I can see this is going to be a tough sell.

So what then, you may ask, is the current situation in western countries such as USA, Canada, the UK, and Australia?

Well in the West men are confused, for they are routinely dragged over the coals for alternately either paying too much attention to women, or not enough. Or about the right amount but they are doing it wrong. Oh, and the goalposts regarding the ‘right’ way are continuously being moved.

On that first point, readers would be aware of the surfeit of publicity regarding the unwanted looks and attention that women attract from men, and how such behaviour threatens and disgusts them (example here).

And then every now and then there is an incident that serves as a lightning rod and focus for demands for action. Let’s look at the example of THAT infamous New York street harassment video …

In early December 2018 an article appeared entitled ‘Is Australia sexist? Documentary asks if men and women are equal in the 21st century‘ – and of course there’s a video of Aussie guys looking at, and calling out to, Aussie women. Bettina Arndt had earlier written an article about the set-up that was the original ‘study’ in The Australian. Now take a look at this video critique of the SBS program.

I’d suggest now reading the two articles below, which set the scene quite well for the additional sources that follow:

And now feel free to peruse these further sources regarding the increasingly fraught issue of public interaction between the genders:

‘Never OK’: Fury at ‘disgusting’ response to supermarket assault (26 August 2022) Another bogus video to stir the anti-male pot and generate traffic to her social media site/s? Time will tell

Watch Woman Falsely Accuses Blind Surfer Pete Gustin Of Staring At Her In The Gym, Video Goes Viral (15 August 2022) OK, so it’s about looking, not talking

Aussie men seriously lack game compared to American men (4 August 2022) And here’s one for the ‘men should talk to women’ camp. But only if they’re cool.

Creepy way man got woman’s number off her dog’s collar (8 June 2022) Again, only creepy when a man does this. Especially a poor/unattractive man.

Catcalls, homophobia and racism: we studied why people (and especially men) engage in street harassment (2 June 2022)

Former Ms Great Britain reveals she can’t get a date (27 February 2022) She never gets chatted up. 100 dates were unfruitful. It’s all men’s fault.

The yin of being looked at and the yang of looking. — The Centre for Male Psychology (2 September 2021)

Is Flirting the Next Victim of Millennials’ Metaphorical Murder Spree? | Opinion (newsweek.com) (29 June 2021)

The pandemic of male loneliness (24 February 2021)

Men going their own way: the rise of a toxic male separatist movement (26 August 2020) You’d think they’d be happy if men went away, but nah. Funny thing that.

Police issue warrant for Louisiana woman, 29, who ‘shot her boyfriend because he refused to argue with her’, leaving him in critical condition (20 July 2020)

Men: Before you tell a joke/give advice/pay a compliment. A twitter stream from a woman with advice for men (4 September 2019)

The Victorian Government (Australia) has issued a video highlighting the horror of women receiving unwanted attention on public transport, and – surprise surprise – calling on men to step in and deal with other men (9 April 2019). ‘Independent Man’ responds to this rather well with his own video.

Of course governments never step in and ask women to deal with other women who transgress one ‘rule’ or another, err like sexually abusing students for example. Because that would be hateful or misogynistic or something bad. Or something.

Unsafe in the City – A Tale of Five Cities, by Plan International (October 2018) This pro-feminist ‘study’ unsurprisingly completely ignores not just all the people who manage to remain safe in the city, but also both male victimisation and female violence.

Flight etiquette: I broke the one rule of long-haul flying (5 September 2018) But of course the guy in the plane seat next to you wants to get to know you

Men, take heed from the Victorians: don’t hound women in public (31 May 2018) Clearly no need to consider inappropriate behaviour by women, or the steps needed to address this.

In the U.K, women more than men perceive wolf-whistling as a compliment (7 July 2017)

Trump did to Merkel what men do to women all the time, by Jessica Valenti (March 2017)

Australian Bar Prohibits Men From Approaching Women, Must Speak ‘As They Would to Their Mother’ (23 February 2017)

Sexless in Silicon Valley: why nobody’s getting laid in America’s tech hub (19 January 2017) Not much sex or dating taking place and, of course, the blame is placed at the feet of socially inept men because …

Harassment of women by men at Summernats cannot be excused or ignored, by Clementine Ford (16 January 2017) Australia. This article includes the statement:

“Why are the events like the mass groping at Cologne used as an example of how immigrant men pose a threat to “our women”, yet white Australian men acting in a similar fashion at a car show is dismissed as “boys being boys”?”

And this with no evidence provided – aside from two vague anecdotal accounts – that any man laid a hand on a woman at Summernats 2017. No mention, for example, of any actual police reports. In fact, I have been advised that in the entire 30 year history of Summernats there have been only two reported sexual assaults. And yet this being, allegedly, in a “similar fashion” to the outrage that occurred on NYE in Cologne? Talk about a reach!

These two pictures were both taken at Summernats, guess which one featured in Clementine’s article?

Black Man Asks Woman For Phone Number In Oakland, She Posts Flyer About It And Calls Cops (19 October 2015)

Barrister names and shames senior lawyer who sent her a ‘sexist’ LinkedIn message (8 September 2015) Quite barking mad. And here is some ever-articulate commentary on the matter from ‘The Other McCain‘ (12 September 2015)

Chrissie Hynde was right about rape. Now feminists want to silence her (31 August 2015)

‘Ghosted’ by my boyfriend: After four years together he left and I never heard from him again (28 August 2015) Stick around after break-up (creepy stalker) or move on/start a clean page (thoughtless cad)

Alex from Target: The other side of fame (12 November 2014) Objectified and harassed, but wait! How can this be? (Alex is a boy)

She explains why so many women don’t say ‘Hello.’ The reason is absolutely chilling (1 November 2014)

Rise of the Feminist Tinder-Creep-Busting Web Vigilante (27 October 2014) Read those comments and feel the frustration and anger. Next stop MGTOW

Breast enlargement remains the most popular procedure (UK) and in the United States  too (2013). In fact if you want a good chuckle then google on ‘feminism and breast augmentation’ and see the fur fly as feminists who have had their chests packed with silicon try to rationalise their decision (“I did it for myself, really”). Of course you did.

Learn how approaching women in a nightclub is “harassment” perpetrated by “creeps”. Seriously guys, why bother? Interesting related discussion can be found here

In-depth: How We Waded Into The Sexual Harassment Quagmire — And How to Wade Out: One Man’s View (11 December 2011) Recommended reading from a big-picture viewpoint

The new math of campus (5 February 2010) Aw gee, not enough guys to go around on campus … and that was 2010 and there’s even less guys on campus now! ROTFL! Take a bow, feminism

And check this out too: http://www.news.com.au/breaking-news/topless-women-protestors-surprised-upset-as-men-show-up-with-cameras/story-e6frfku0-1225850121971

Read article entitled “Men here, they don’t even turn their head to look at you.” Awww. Gee, I wonder why this would happen … maybe because of attitudes like those expressed by the wimmin quoted below …

Men and women are individuals whose position with regards to interacting with other individuals is influenced by many variables including age, relationship status, sexual orientation, cultural background, etc. There is no ‘one size fits all’.

Men are criticized both for approaching women, and for not approaching women. Some women live for male attention, others want none, with the remainder happy to engage at the times, and in the manner, of their choosing. Oh, and an individual woman’s position may change on a daily basis and/or depending upon the perceived attractiveness of the male who approaches her.

As women do not hold up signs advising of their own particular preferences, even well-meaning men – who comprise the overwhelming majority – are in a constant state of uncertainty, unease and frustration. Maybe if all women could organise themselves onto the same page, and circulate universal guidelines, things might be different. But we all know that’s not going to happen.

Feminists stoking the fire of misunderstanding and paranoia between the genders sure doesn’t help things, and only serves to propel ever more men towards a MGTOW lifestyle. 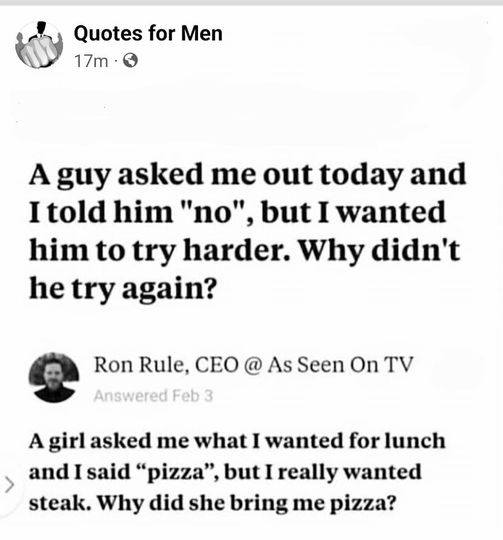 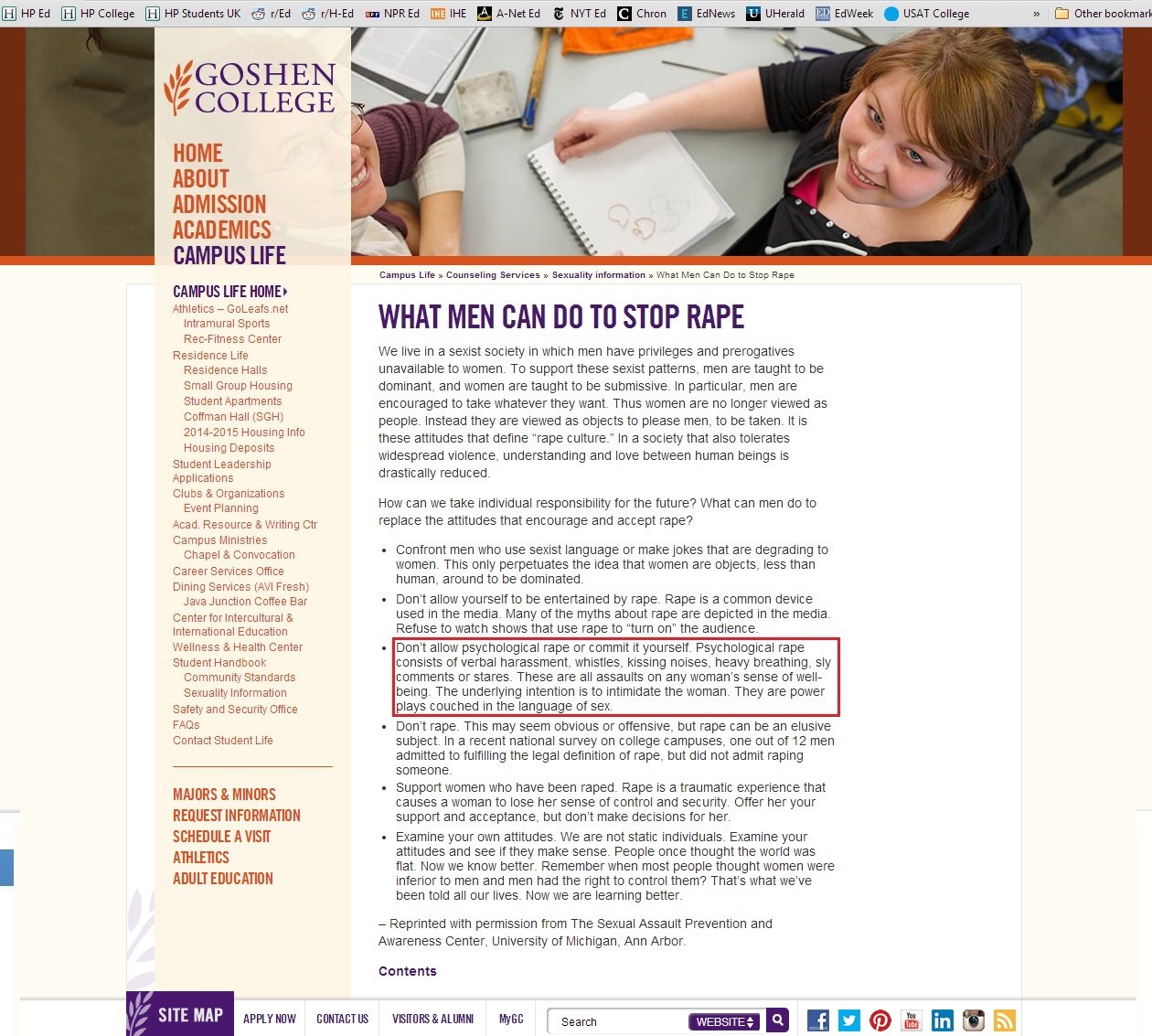 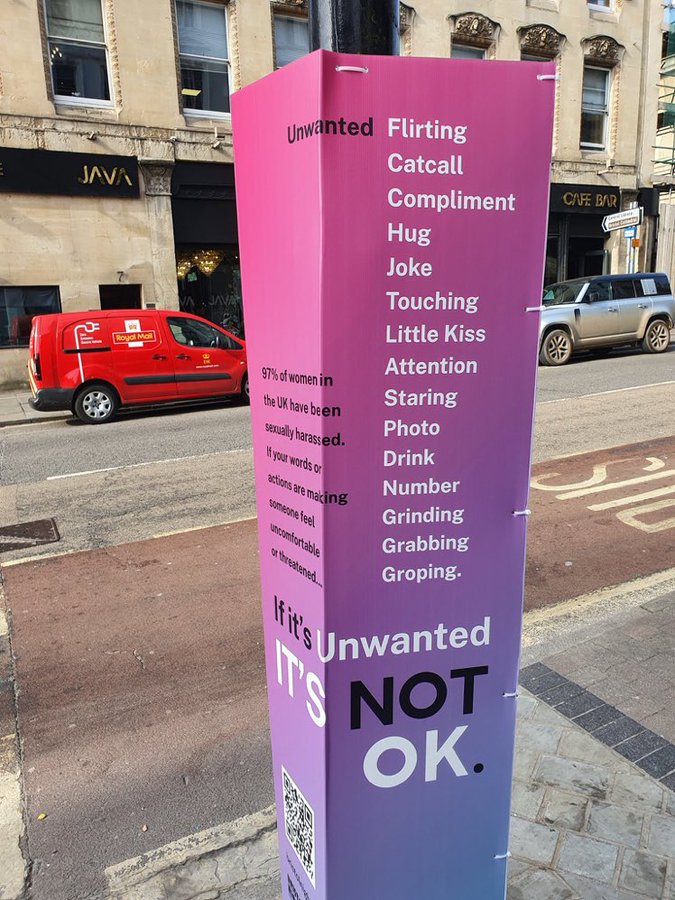 Girls showing their bits = empowerment? patriarchal exploitation? self-indulgence? other?
The ‘Marriage Strike’ and MGTOW
On privilege, respect, and entitlement
Fembots may prove to be a game changer
Harassment and discrimination in business and the workplace: Surprise, surprise, it goes both ways
When men have a daughter (another tale of male-blaming and silencing)